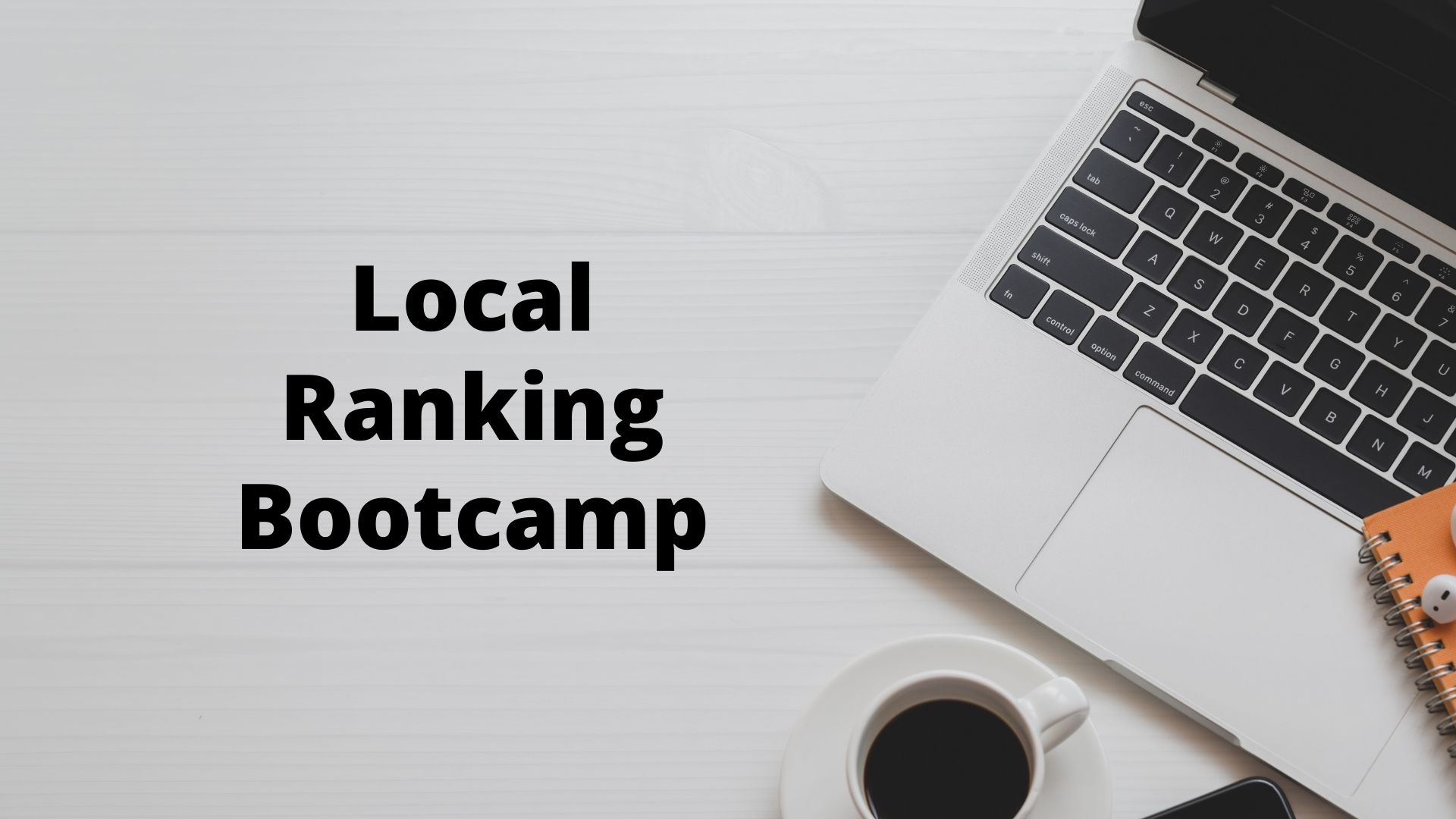 We Spend Less Time Getting

On Page One Than You Do!

So, what if we spent an entire day working with you on one of YOUR sites?

The Day SEO Kicked Me In The Private Parts

Starting years ago, I treated SEO like a hobby. It was a side hustle with potential. Know what I mean?

I bought a ton of courses and filled my head with the best SEO knowledge available. The software purchases made creating everything so much easier. And then I made a few hundred dollars. I was on my way. Now all I needed to do was scale this.

Then at the end of the year, I got a kick in the . . . you know where. While doing my taxes, I discovered that I had spent THOUSANDS of dollars on all of that SEO stuff to make less than $1000 in commissions. Despite all of the money, time, and effort invested, the results were a failure. I felt sick.

Do you want to know what changed the results?

Some SEO Gurus Are Full Of 💩

You have seen gurus who argue “you should ALWAYS do X” and other gurus will argue “you should NEVER do X .” Both sides will call each other “idiots” and splash the “everybody knows” statements supporting their positions. Well, testing gave me a way to figure out (quietly) who was right and who was full of sh**. 😉

So, I run hundreds of tests annually to determine what works and how well. (And I have several friends who are world-class testers. 😉 I wanted to figure out which actions move rankings a little and which drive things a lot. Testing isn’t magic. It’s just a lot of hard work and discipline. But it works! Now I rank sites efficiently, doing only the things that move the needle fast. The results are consistent, predictable, and require me to do less than others.

The funny thing is that testing was a significant portion of my day job. I did analysis and testing as a consultant for several prominent brands. While spending hundreds of hours tinkering with ranking and losing money, I never applied these skills to SEO. Too often, we fail to see the solution right in front of us.

Anyway, the testing showed me that you need to do things differently than other SEOs. Besides, walking the road less traveled is fun and more profitable. Most dogma is a lot of work for little or no payback. You earn the income you deserve when you learn how to get results quicker. And that’s part of where the idea for a Bootcamp began . . .

Local Is Easy, And Hard

Local rankings come down to three things that get screwed up often.

Don’t give me that eye roll! Most do this step badly, and it’s the most critical part of ranking!

So what’s the problem?

❌ “Our content looks great, and [SEO tool] scores it an impressive 88.” (Does your tool explain why your page is stuck?)

❌ “We’ve tuned for E-A-T and Core Web Vitals.” (Also not ranking factors; you’d know that if you hung out with testers. Testers have proof. 😉)

You need to optimize your site for both niche and geographic relevance. And those optimizations are done on different pages.

And while we’re on the subject, the time spent doing things in GMB/GBP is sad.

Proper website optimization is the most effective way to improve local rankings – organic and map pack. Period. The only job of the Google Business Profile is to establish that you have a business in the city. And that brings us to . . .

Your business must establish a clear connection with the city to rank locally. The same goes for each additional city or suburb you want to service. This is one of the HUGE differences between simply ranking in organic versus in the map pack.

Here’s the thing: it’s REALLY EASY to do.

Step one, get a GBP in the city (or one close by). Yeah, I know. That was the obvious piece.

❌ “We create X citations.” (I barely do any. You might want to do them just so the client sees something done and keeps paying.)

Third, Power Everything Up With Links

❌ Now we’re talking PBNs. Right? (Nope.) Let’s save a little time here . . . I don’t build links via any software or magical service provider. No guest posts. No outreach. None of the “standard” stuff.

Most don’t work well for local rankings. Even the expensive ones!

I’m sorry if I trashed large parts of your local ranking playbook. Why do people insist on doing things the hard way? When you find a better way, you stop wasting time with methods that create more work than results.

So We Decided To Do A Local Ranking Bootcamp

When you come to the Bootcamp, Terry and I will work directly with you . . .

I forgot to tell you about my partner in crime, Terry Power.

Terry is an SEO badass! He got his Webmaster Certification in 1994. Those were the EARLY days of the web when things like TCP protocols, bulletin boards, and UNIX commands made the web work. He built and ranked websites back then. Now he is a speaker at underground SEO conferences and runs a large mastermind dedicated to helping other SEOs.

And he’s a tester! 😉 That is where we became friends.

In the Bootcamp we will show you what we do, why, and how we do it in four modules. In each module, we will “present” for about 30 minutes and then spend 90 minutes helping you implement what we do.

✅ We will start this BEFORE the Bootcamp. You will get access to a custom optimization report from a method not even on the market yet. (The beta testers love this approach. You will too!) You will implement the recommendations and get improved rankings before getting to the Bootcamp.

✅ We will cover additional optimizations during the Bootcamp.

✅ We will demonstrate two step-by-step methods for expanding your local presence. Then your clients will rank over a broader area.

Your rank tracker gives you only a part of the story. Ranking #3 in maps doesn’t tell you how much of the city your rankings cover in the map pack. When you rank over more of the city, there are more calls, visitors, form fills, appointments, sales, etc.

✅ We will show you the first links we build and then help you create them.

✅ Then to finish things off, we will show you how to dominate page one. I don’t mean rank #1. I mean, DOMINATE page one. For one of his affiliate products, Terry took SEVEN SPOTS on page one. He owned 70% of page one knocking off several authority sites . . . including the US government! (I told you that Terry is a badass! 😎 He is the kind of guy who finds something that works and does it over and over again.) And he’s going to show you how he does it.

With multiple page one rankings, all roads lead to you. And you can do this in local too. Once you get this, you’ll understand how to apply it better than most.

Ok, How Well Does This Work? 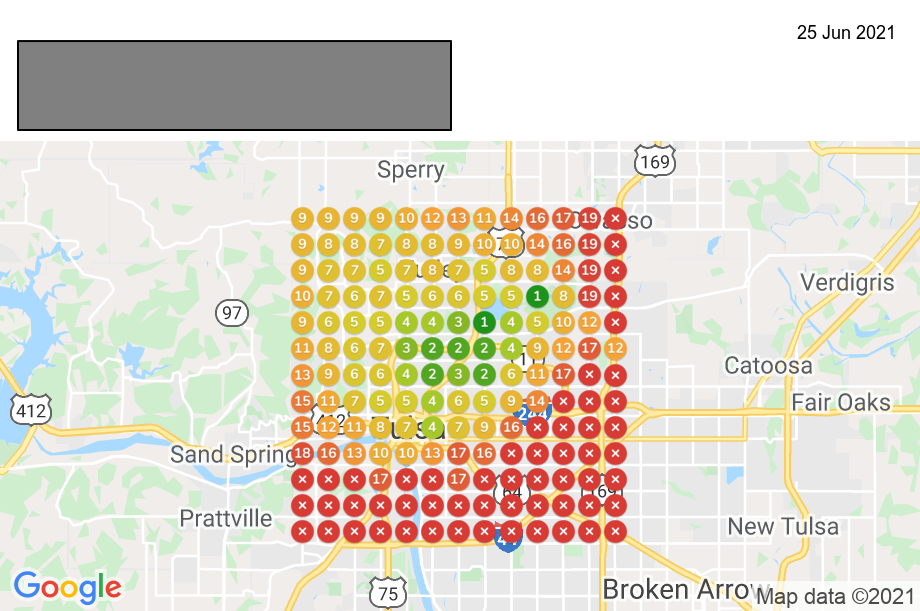 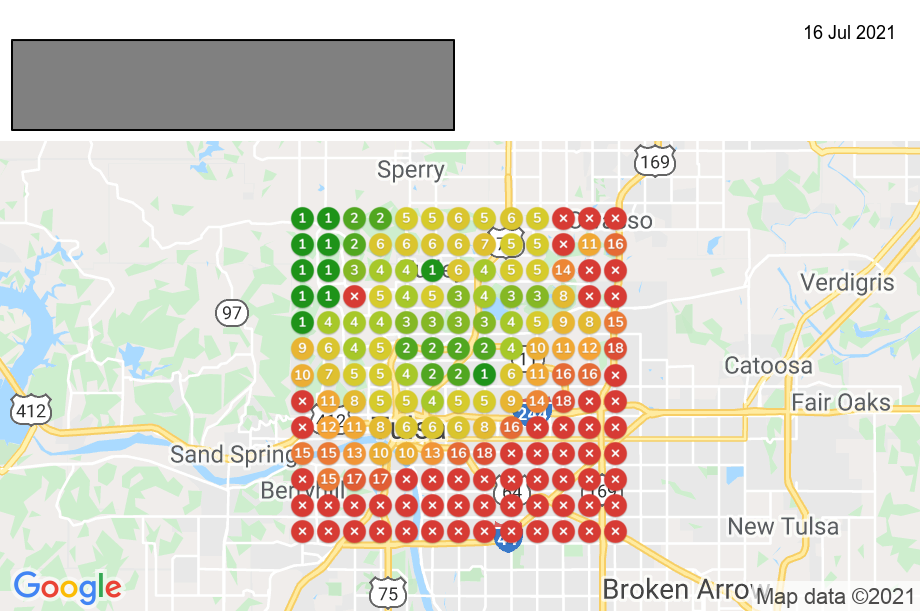 Here’s a fast ranking improvement from one of the techniques . . . 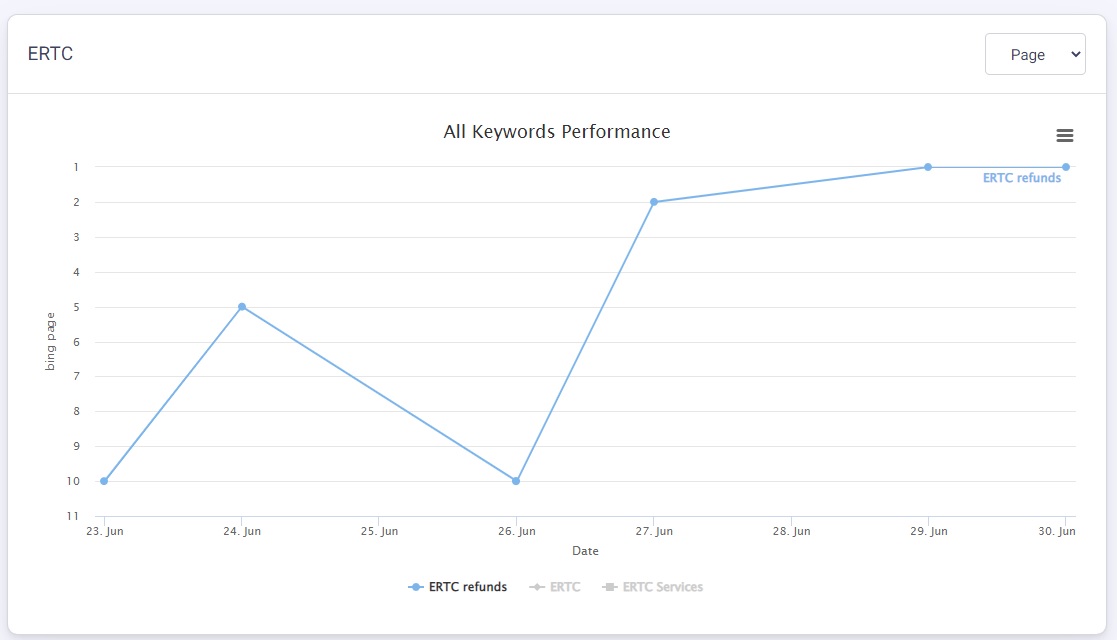 Another of the techniques did this in a week . . . 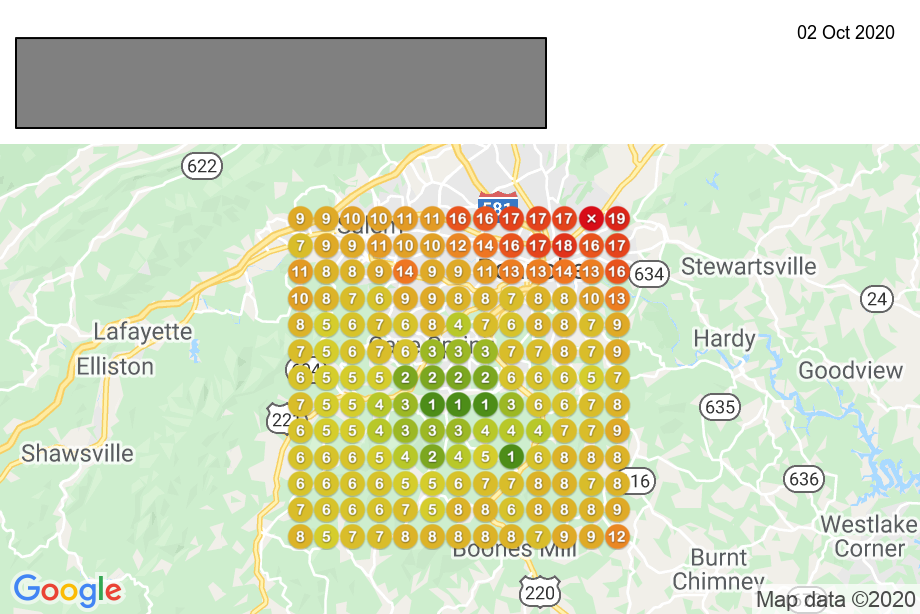 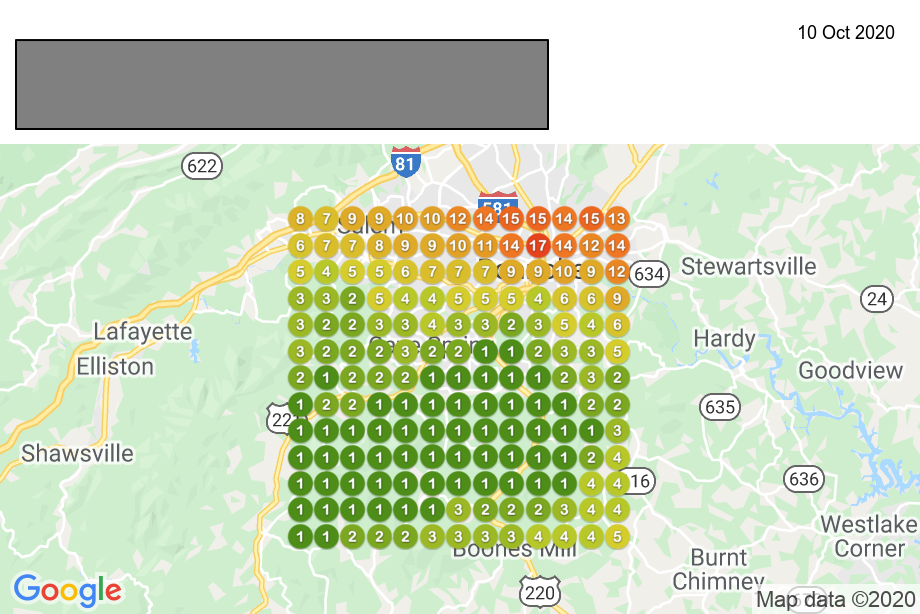 These pics prove nothing! Yes these are actual results, but often times the “evidence” people present is total bull****. The cities might be small. The keywords might be easy. But, gurus use these things to fill your head with Lamborghini dreams. Like the FTC requires us to say . . . results may vary depending on your execution and how Google reacts to it. We don’t control you OR Google.

So how can you determine that we are for real?

You could check out some keyword density research I presented recently. Or you might look at the case studies from those who attended my training program. Or see what people say about Terry.

But what if we gave you a way to get results right now? That would be pretty cool. Whether or not you come to the Bootcamp, you improve your rankings. Then you might be convinced. Right?

Here’s what I want you to do.

What If All Of Your Client Results Were Posted Publicly? 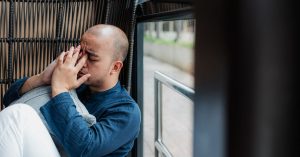 weird question! For most SEOs, this would be a nightmare scenario. People would see the successes alongside the failures across all clients. (If all SEO results were public, it would make comparison shopping simpler for potential clients!)

The truth is that most SEOs would be terrified by this transparency. Most of them are 1-2 lost clients away from being unable to pay their bills. They are unable to scale because they do almost everything themselves but they can’t afford to shrink either. Their biggest worry is that ONE unhappy client whose rankings are inexplicably stuck might leave.

You know that clients stay loyal when you deliver results.

Successful SEOs have good processes and constantly look to upgrade them. Struggling SEOs attempt to figure everything out themselves.

That is why we decided to do a Bootcamp and share some tested ways to make ranking easier.

We could do the usual marketing thing and start by telling you we make $1,000,000 daily to consult with SEOs like you. (I wish! After all, seven figures is a lot of money.) Then we could offer a bunch of BS upsells, cross-sells, pdfs, and software valued at $12,846 or some other ridiculous five-figure number.

But that is not our style.

Terry and I will spend a day showing you what we do and helping you do it. And yes, we will have a Skype group to support you before and after the Bootcamp. 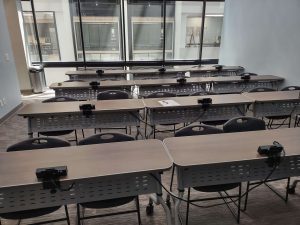 There will be no recordings. What happens in Greensboro . . .

We are limited to 20 people. This is not a fake scarcity tactic. Twenty is the max the space will hold! (Here is a pic of where the magic will happen.)

If you want a repeatable process for predictable local rankings, come. These methods make ranking fun again! Plus, I expect the nuggets you’ll get hanging out Friday night will be worth the price of admission. Who knows what might get revealed. 😎

If you want to spend less time getting local clients ranking on page one come and join us. Believe me, ranking faster is much better than feeling like you’ve been kicked in the private parts daily.

If not, GREAT, purchase your spot and we’ll ………

See you in Greensboro!

P.S. Since you’ve read this far, you know you want to do this. Click the damn button already!